ALL THE GEAR… 8 essential pieces of CrossFit gear! 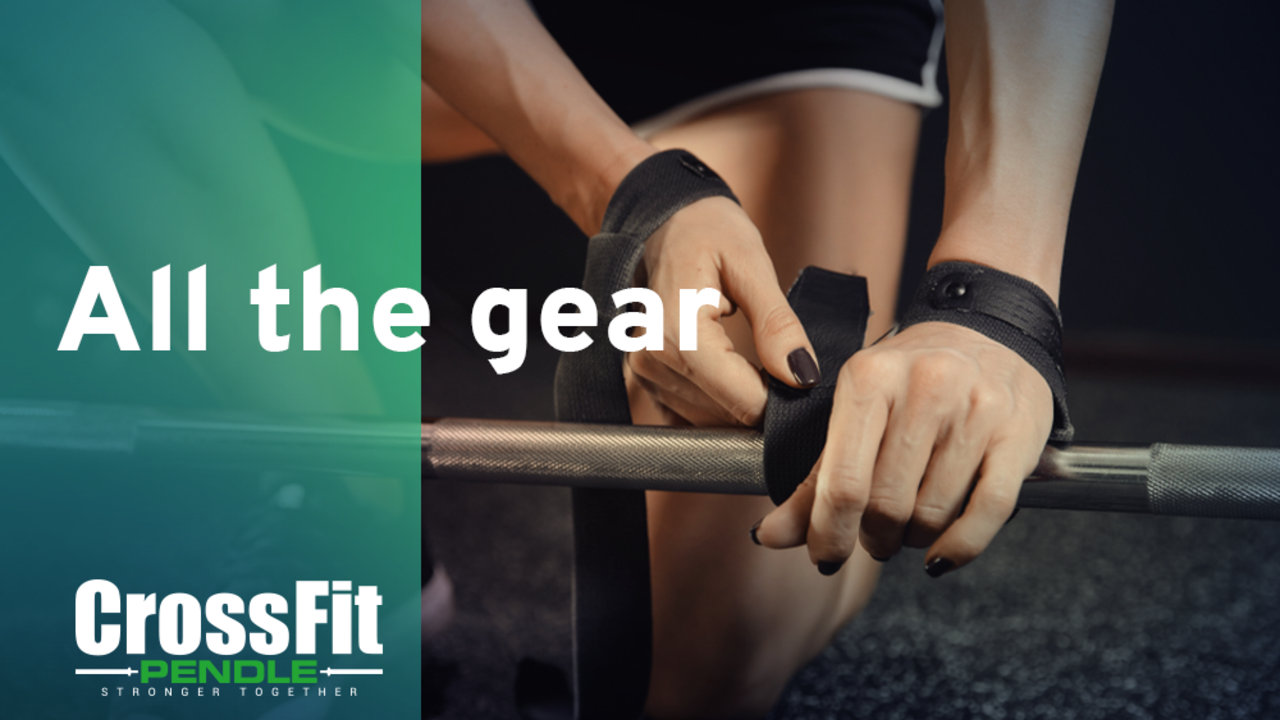 All the gear but no idea? Or maybe just no gear and no idea where to start?!

The market is full of CrossFit gear from specialist socks right through to mobility aids and supplements. Knowing what to buy to help make life easier and improve your performance in the gym can be a minefield so we’ve had a look inside some of our member’s gym bags to find out what some of the best pieces of gear are.

You'll see many of the members around the gym wearing CrossFit Pendle branded clothing. You maybe wondering where you can get such items. It maybe that it makes you feel more apart of the team/box. Or maybe you just appreciate fine gym wear when you see it. Ha. Either way there's loads to choose from via the RebelUK website under the CrossFit Pendle affiliate section. 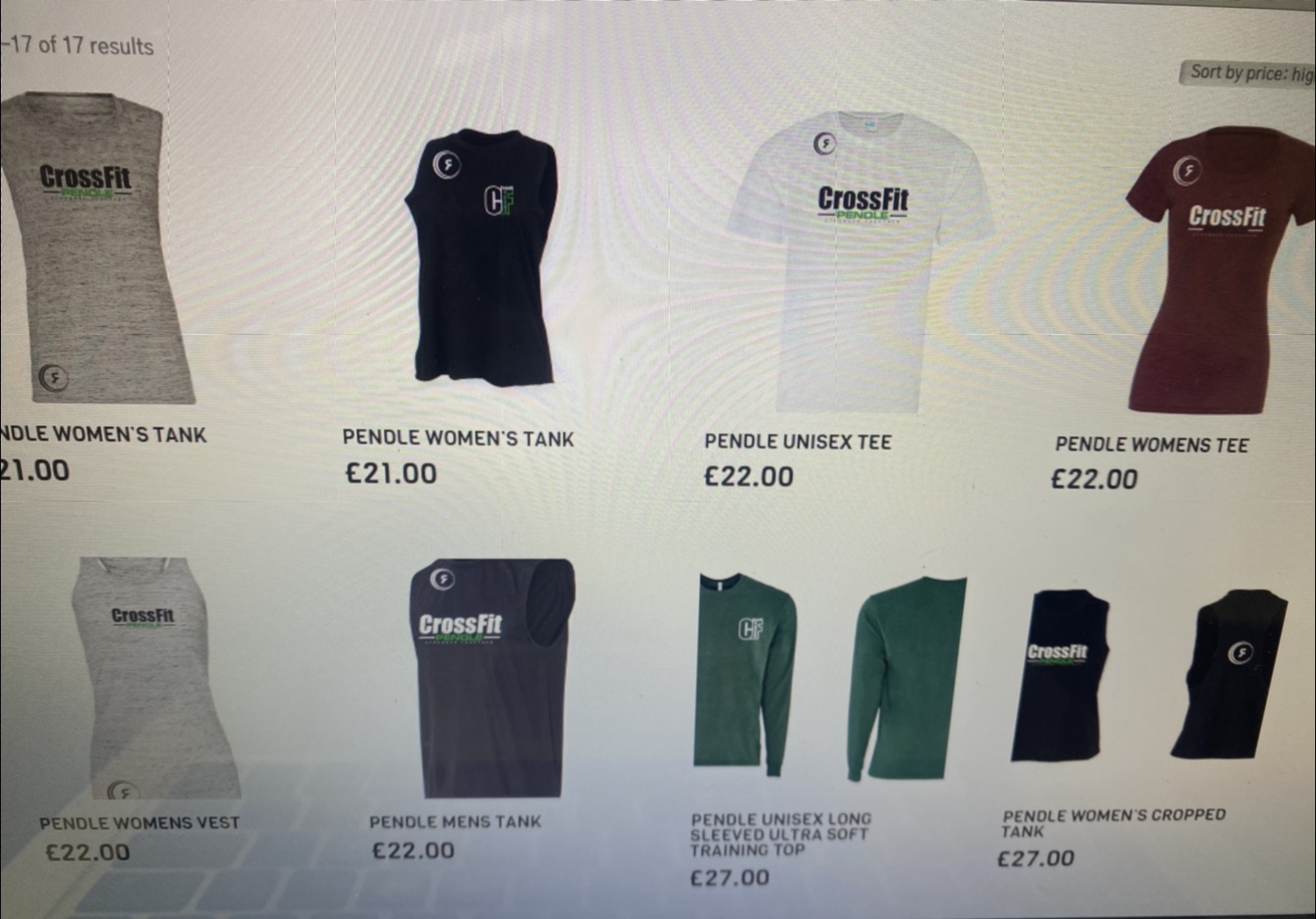 Having a pair of decent trainers specially designed for CrossFit style workouts can make all the difference. CrossFit specific shoes are...

The CrossFit Open… all your questions answered! 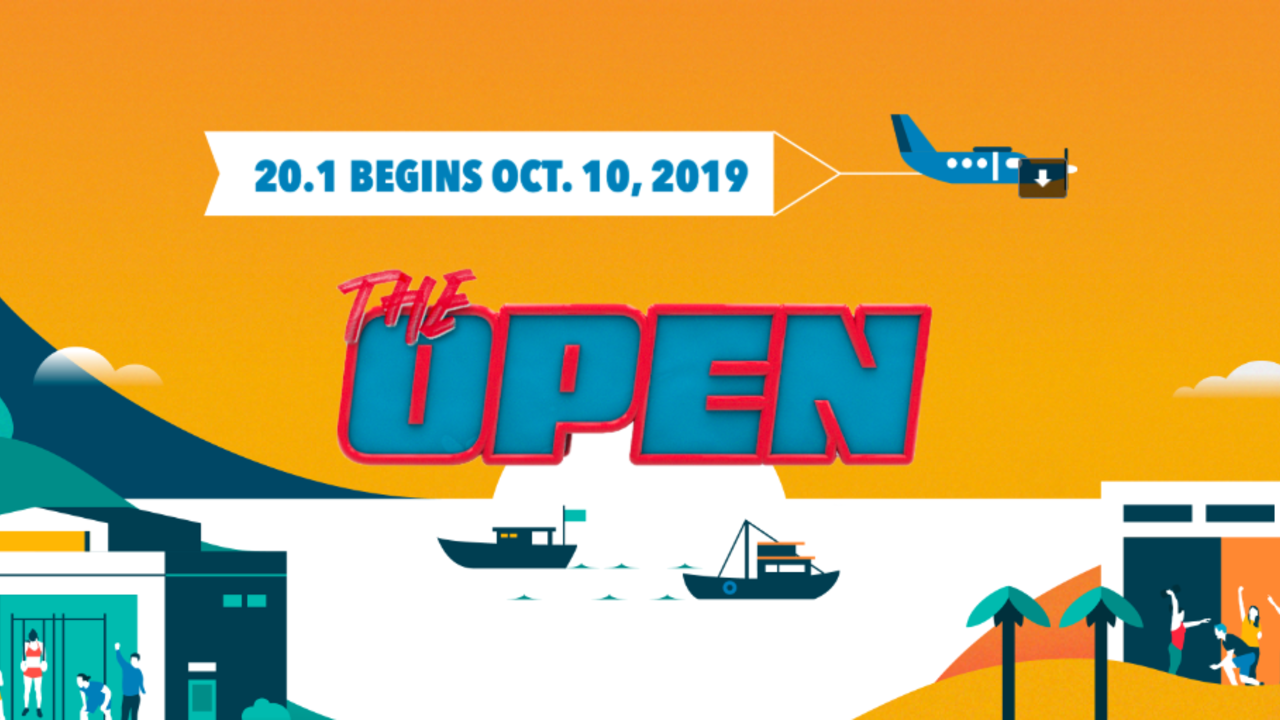 You’ve probably heard a lot of talk about ‘The Open’ in the gym lately.

It’s a highlight of the CrossFit calendar and something many of our members look forward to taking part in each year. The 2020 Open is starting on Thursday and now is the perfect time to sign up. We urge all our members to get involved and make it a social affair for all the gym to come together and enjoy.

But, if you’re wondering what it is, whether it’s for you or have any other worries, read on - we’ve answered some of the questions we get asked the most to clear up any concerns you might have!

What is the Open?

The Open is a world-wide CrossFit competition. It’s where ‘grassroots meets greatness’ and allows you to compete with hundreds of thousands of athletes at different CrossFit gyms all around the world. It’s an all-inclusive event with both everyday people and professional athletes completing the same work out week in, week out. 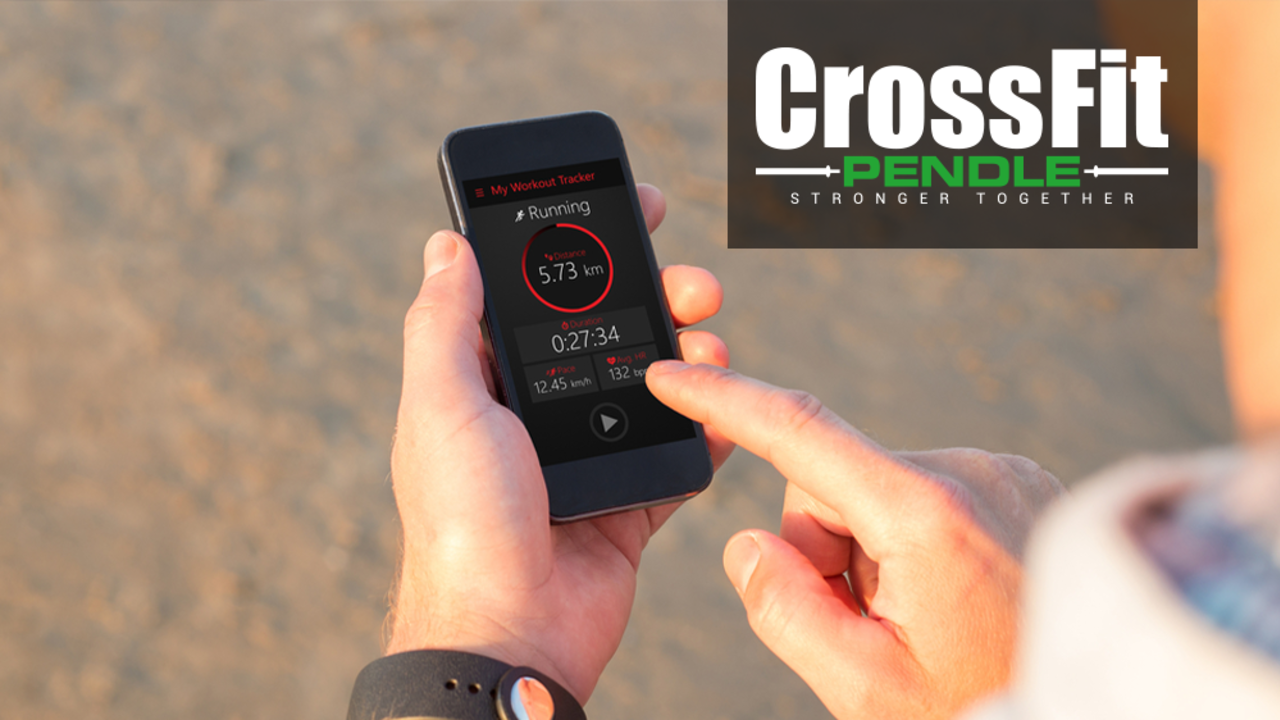 CrossFit is tough. Yet, we turn up day in and day out, week after week to slog it out in the gym and battle through that pain barrier. Why? Because of the progress we make.

Progress is the driving force behind our decision to do CrossFit and we see our members progress incredibly with every workout you do. But, it’s also important for you to track your progress. Not only is it hugely motivating, it also means you can look back on old one rep max lifts, benchmark workouts and WODs to see how you’ve progressed.

Just think where you might be in a year… and just imagine how good it’ll feel to look back and see it in writing! Thankfully, tracking your progress at the gym has never been easier.

Whether you’re a digital warrior who loves an app, or more old school journal, here’s some of our favourite ways to keep track:

myWOD is an app available on both iOS and Android and allows you to track completed workouts, graph WODs and PRS, create...

Catch those Zzz’s! The importance of a good night’s sleep 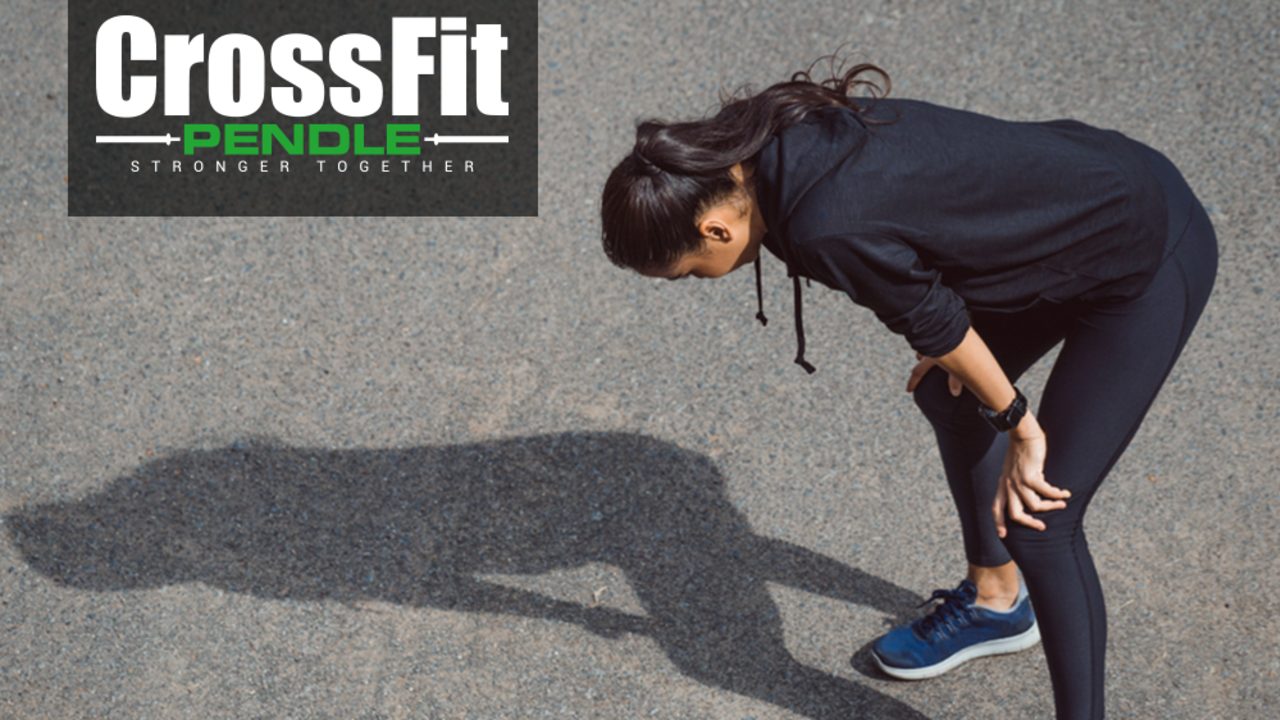 Getting a good night’s sleep is essential for keeping us healthy both physically and mentally. Having good quality sleep and sleeping habits can boost our quality life and improve our performance in the gym.

That’s because sleep plays a significant role in healing and repairing your body, including your heart and blood vessels. According to The Sleep Council it also helps us maintain a healthy weight, good balance of hormones and keeps our brain working properly.

Sleep lets us learn, remember, solve problems, make decisions, safeguards us against stress and mood swings and most importantly - heals our muscles.

But despite the fact we all sleep, not many of us do it well. While most adults need six to nine hours, many of us struggle to nod off, or find ourselves waking up, so here’s some of our tips for helping you get off into the land of nod:

Keep regular sleeping hours. By going to bed and getting up at the same time, you’ll be programming your... 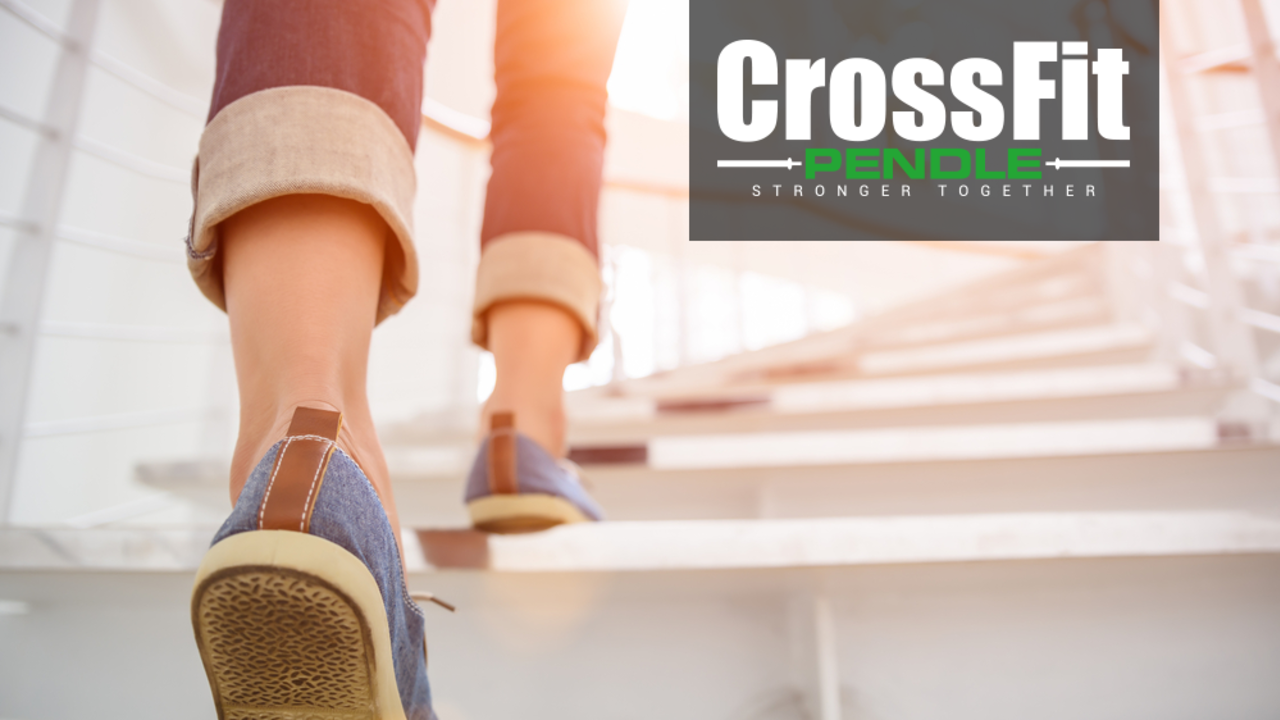 We’ve all said it.

‘There’s no way I’m going to finish work on time.'

Even the most seasoned gym goer has days where they can’t get to the gym - whether it's because of work running over, being away or just because they’re having a bad day - and that’s fine. Just because you haven’t got the time to go to the gym doesn’t mean you can’t burn a few extra calories going about your day!

The key is simple - NEAT - or non-exercise activity thermogenesis. That might sound fancy, but all it really means is energy used for anything that is not sleeping, eating or exercising in a sport like way. Increasing your NEAT throughout your day is easy and it means you’ll burn just a few extra calories.

Here’s some of our top tips on how to do it:

The most simple way to increase your NEAT is to take the stairs. All...

Why there’s no shame in scaling 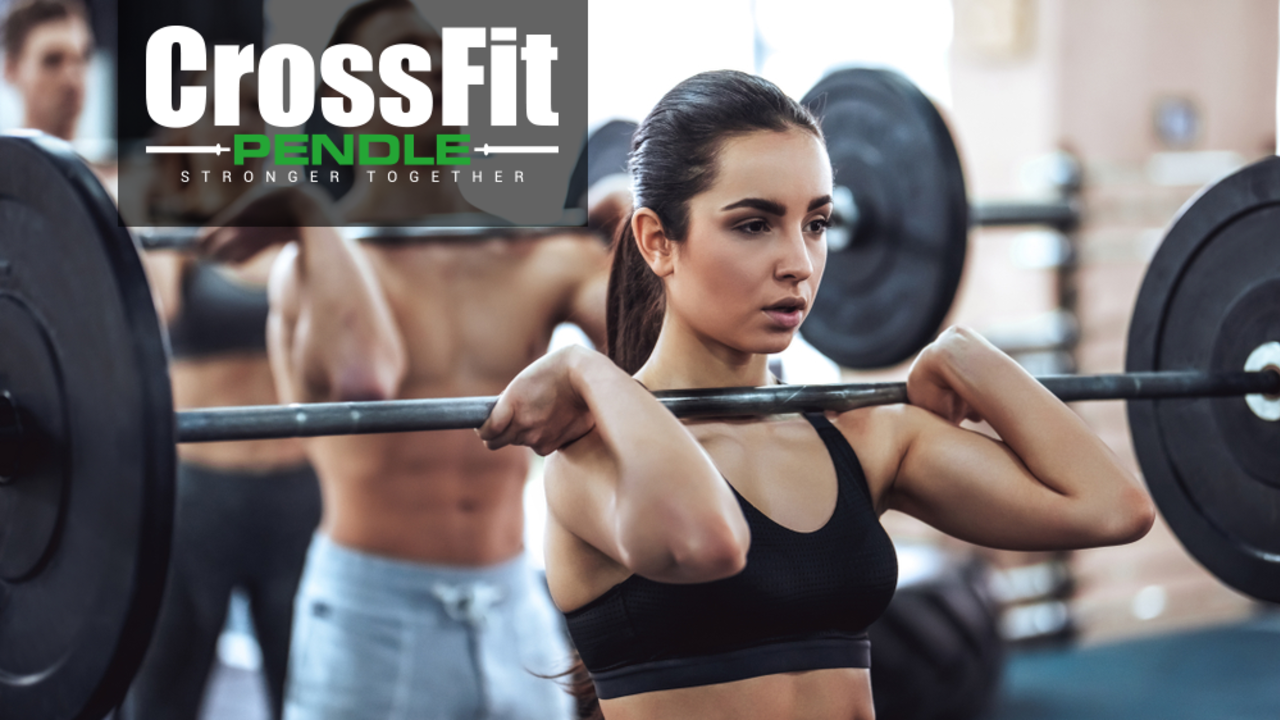 It’s the beauty of CrossFit, yet the idea of scaling a workout is often seen as a negative.

But, it shouldn’t be. Being able to scale any movement is what makes CrossFit so accessible and what allows elite athletes to complete the Workout of the Day (WOD) alongside beginners.

So why does scaling fill so many of us with horror?

The obvious answer is competitiveness. However, it’s important to remember that getting ‘RX’ on the whiteboard isn’t everything.

There’s a whole host of reasons why you might want or need to scale a workout. Whether it’s because the weight is too heavy, you’re coming back from an injury or you haven’t quite mastered a movement yet (we’re looking at you double unders), scaling a workout can actually be incredibly beneficial.

There should be absolutely no shame in scaling any CrossFit workout. After all, it’s better to be moving than not.

It’s also important to ensure that before... 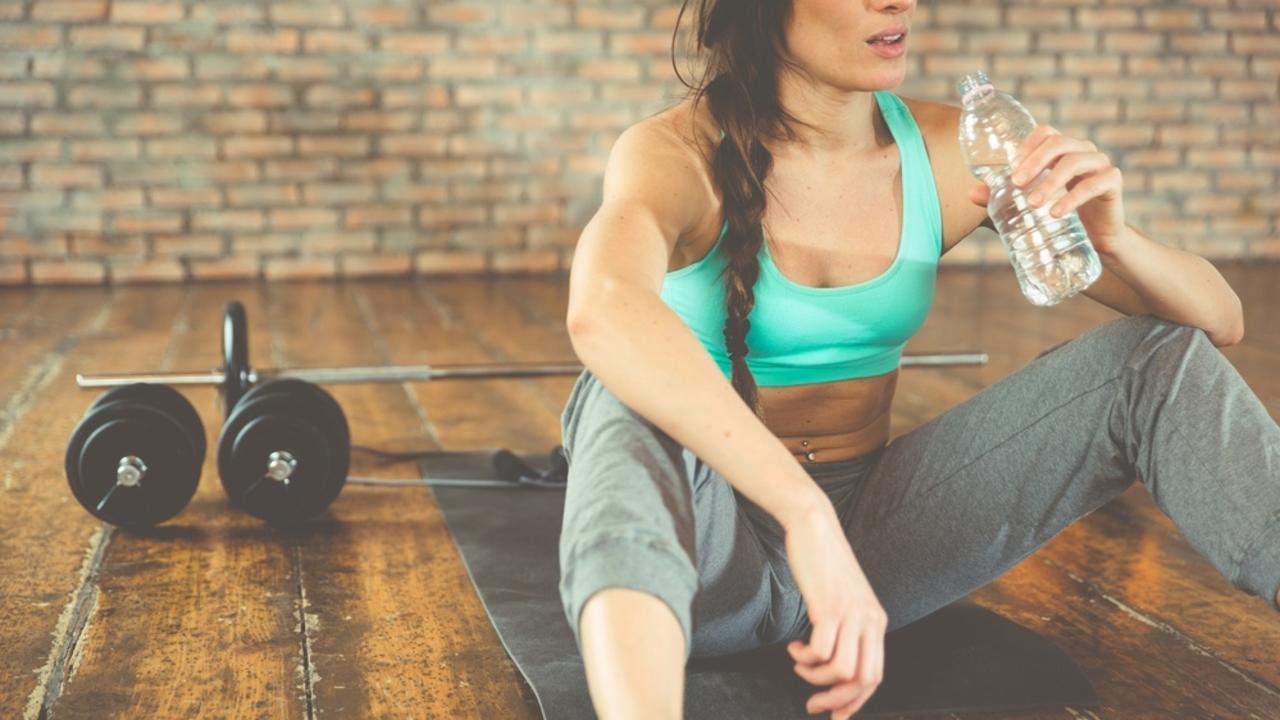 Summer is here and while we all may be rejoicing at getting to crack open our summer wardrobe and enjoy the heat, there’s one thing most of us are forgetting… to stay hydrated.

Water is important. 60% of the human body is made up of water and dehydration can lead to us feeling tired, cause headaches and give us bad skin.

Experts recommend drinking a minimum of two litres of water per day but in hot weather and when we’re exercising, this becomes even more important as we sweat more and so it become essential for us to replace the fluids lost.

‘But water is boring!’

‘I don’t know how to drink that much water!’

We know staying on top of hydration is hard and so here’s some simple tips to help you increase your water intake and in turn, increase your performance and boost your mood.

Holiday! How to keep up your good work while away… 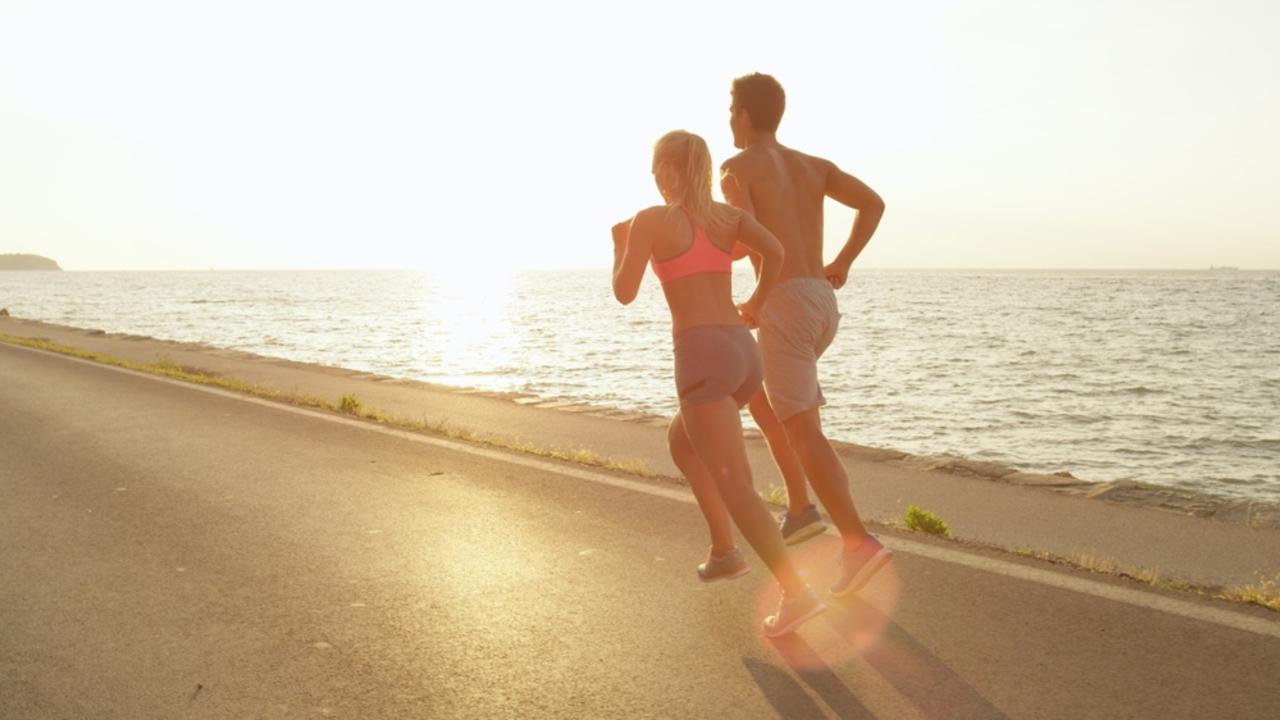 You’ve worked hard all year. You’ve eaten well, you’ve trained hard and finally the time has come to show off all that hard work because you’re off on holiday! But there’s one thing holding you back - can you really just let go after all those months? What if that two-week all inclusive undoes all that hard work?

Here’s the thing - it won’t! We promise you. It’s important that you can on holiday and enjoy yourself.

Remember, it’s totally fine to take a break from eating well and exercising every now and again. After all, you want to enjoy your holiday and remember the experiences you had - not the fact you were miserable because you were still calorie counting. 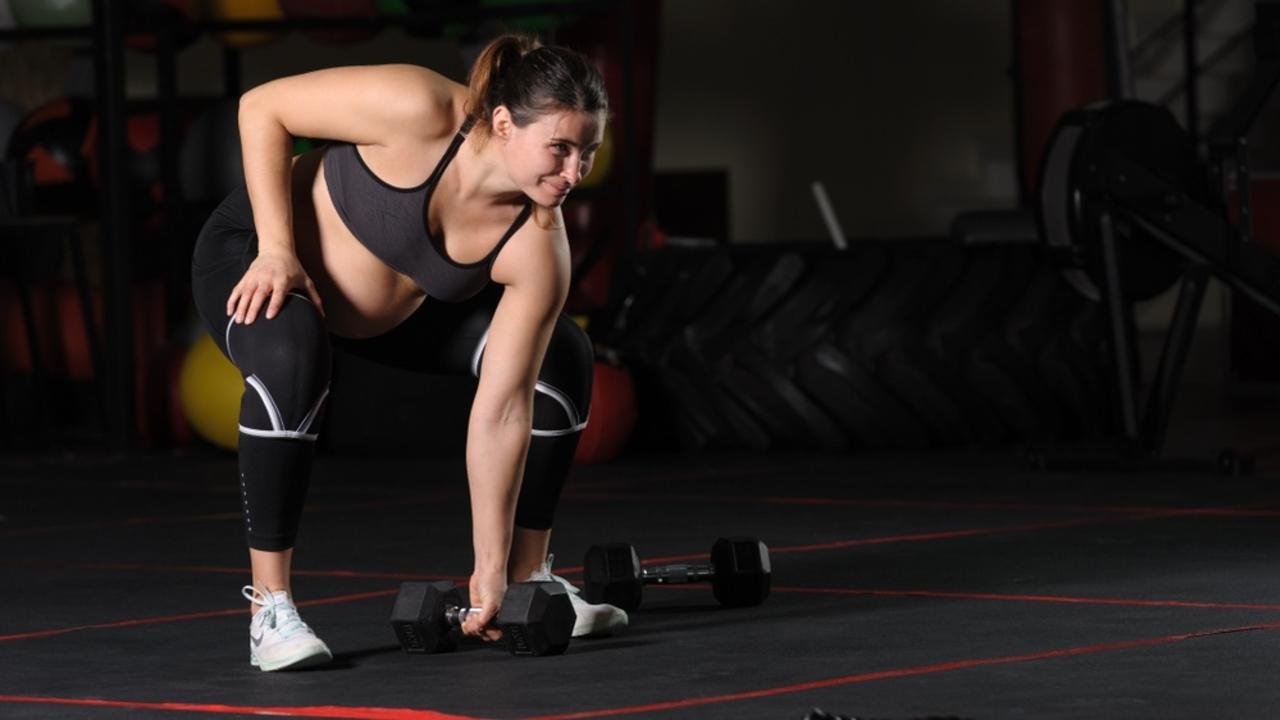 We’ve welcomed a number of babies to the CrossFit Pendle family over the past few years, so we thought it about time we shared a few tips about exercising while pregnant, in case you’re the next in line ;)

First things first, LISTEN TO YOUR OWN BODY– we can only offer our general advice

First Trimester (up to 3 months)

Little may change as far as your training’s concerned and exercises such as sit-ups and bench press may still be performed should you feel comfortable doing them. As many women choose not to announce their news until after their 12 week scan, no one but you will know, so it may be worth having a quiet word with the coach if you are concerned about any movements. You can trust that we will not share this information with anyone; it’s certainly not our news to share!

If you’ve been doing CrossFit regularly to this point, you can likely continue to use your regular weights—but again, it depends on how you feel. Max effort lifts... 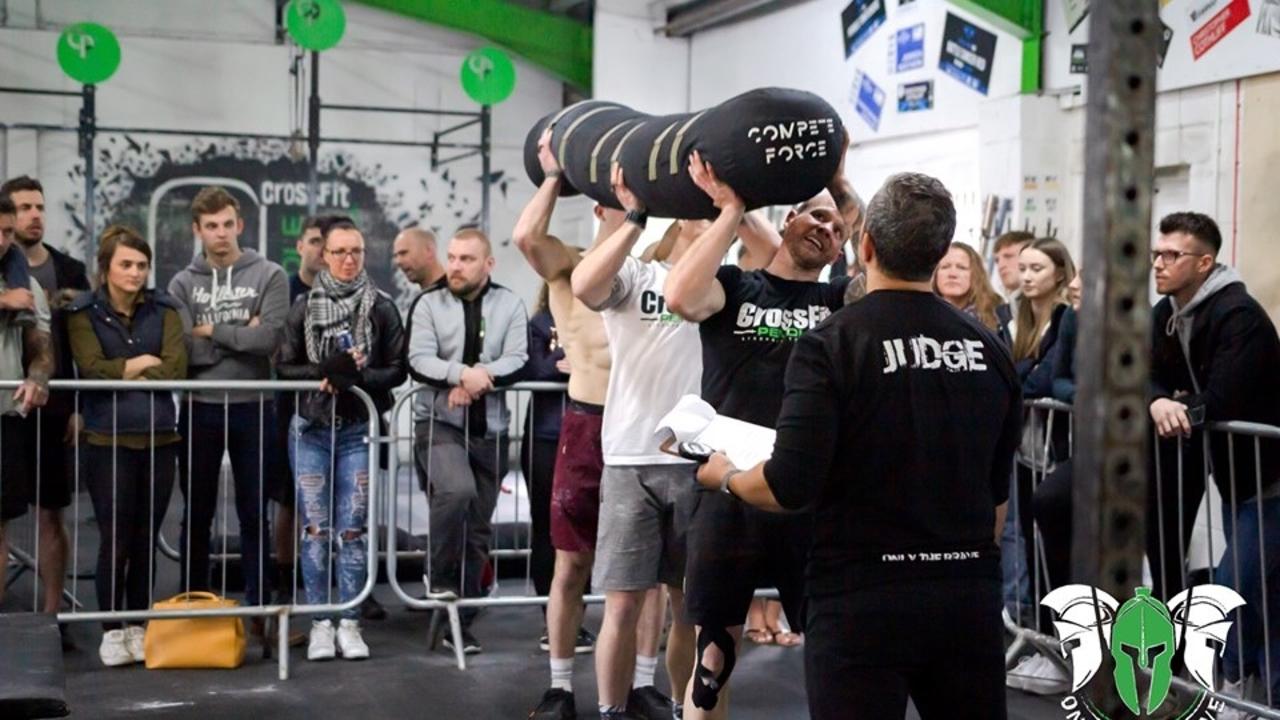 True team spirit was back in play at CrossFit Pendle as we held our third Only The Brave competition, to great acclaim.

Athletes from around the UK arrived at CrossFit Pendle over the weekend to take part in the competition and they were certainly put through their paces!

Taking place over three days, the event had four varying standards so that everyone, no matter what scale, could take part.

CrossFit Pendle owner, Mike Rawson, said: “It really was an incredible event and the atmosphere was electric throughout.

“We pride ourselves on our community spirit at the gym and the weekend was great proof of that community with so many of our members competing, supporting or helping out with judging and scoring.

“Competitors from other CrossFit gyms were warmly welcomed by our own members and they too commented on the atmosphere which made the weekend a success.”

The gym was proud to claim nine of the 21 podium places available over the weekend; one gold, six... 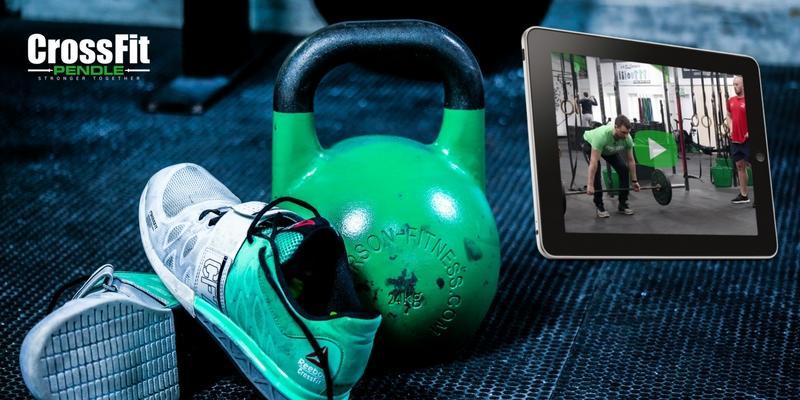